Tuscany: In the Heart of Wine Country 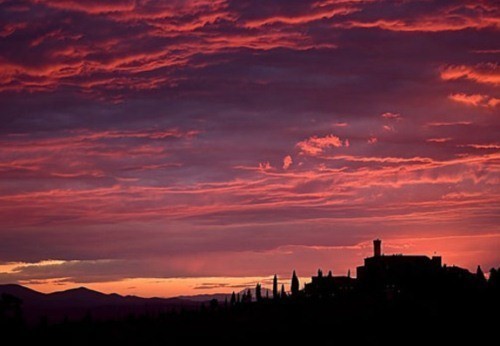 When I mention Tuscany, most people think of it as a city, especially if they haven’t been there, but in reality Tuscany is a large region near the north of Italy that is probably one of the best wine countries to be found in Italy. And I bet most people don’t know that Pisa (like the famous tower) is located in this region, along with a more known major city of Florence. But this region isn’t just all leaning towers and wine, it actually offers some beautiful scenery, towers, walls, and plenty of little towns and hills. And most of these never get explored by those passing through the region, unless they bother to take a tour of Tuscany, luckily there are plenty to be found.

But what could you actually expect to see on these tours of the wine country? 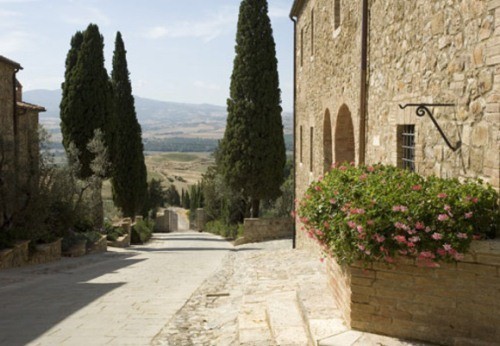 These are two towns with similar names and near each other, offering a wide variety of things to see or taste.

Montepulciano is one of those small time medieval looking towns, with walls and structures still from centuries back, but don’t think that is the only thing. One of the most impressive features of Montepulciano is the clock tower. However it also comes with a bonus of having completely car-free roads and a cathedral, as well as a collection of old medieval wine cellars that are still active and viewable. This city is also widely known for its Vino Nobile wine and that you can wine taste at a castle on the edge of the town.

Montalcino is your first real touch to major wineries. In fact this hill town is mostly composed of farms and wineries mixed together which means it’s the perfect opportunity place for a continual run from vineyard to vineyard for wine tasting. For those not interested in that though, there is always a medieval fortress to take a look at, called the Chiesa di Sant’Agostino. There are also a few museums in the center area of the town and some castle ruins to check out. 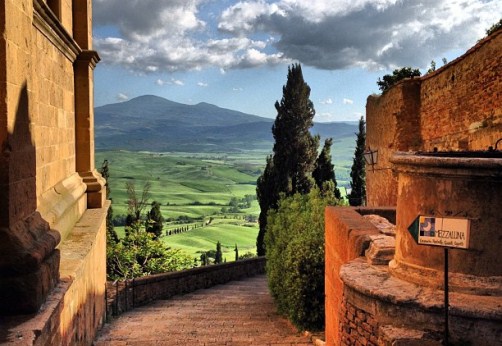 If you hadn’t noticed by now, a more accurate depiction of Tuscany is medieval structures and plenty of hills. And although this town does have both of those, it brings an interesting aspect to this tour: utopia. At least that was what Pienza was originally built to be, which is why it offers a quaint view of the world and most of all their famous cheese, pecorino. You’ll find some palaces instead of specifically medieval focus, but once again one of the more interesting spots is a cathedral with a bell tower, though the previous bell tower was just a tower and not connected with a cathedral. 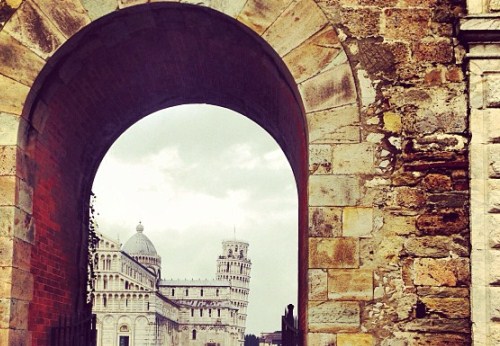 Everyone k nows probably the most famous structure of Pisa, the leaning tower. But considering there has already been plenty of discussion on towers we can focus on what else is found in the city at the intersection of two rivers. And one of the attractions? Plenty of museums can be found in this medieval structure city. In fact there are so many museums that one of them even has a cemetery that you can visit, connected to it. You’ll also find plenty of churches and most of all (because I like the name) the Knight’s Square, which was the medieval main square, unlike the current one that now exists. It boasts a wonderful university and it is where you’ll find the libraries, which is probably why it has become the center of education for Tuscany.

Of course this is only a piece of what the Tuscany region can offer, and there is so much in this region that you really can’t get it all done in one day, but you can still get a taste of a lot of it, kind of like going around tasting from wineries, except you are sipping a bit of Tuscany with each stop.

This is a guest post written by Sarah Murphy:
Sarah Murphy has worked in Dublin for the last two years as a blogger, web content manager and marketing coordinator. A journalist by training and traveler by nature, she frequently travels to Italy for the business and pleasure of Touring Florence, where she mostly spends her time scavenging the ruins or gallivanting across the countryside.

If you have any question for Sarah, post a comment and do not miss our next posts...