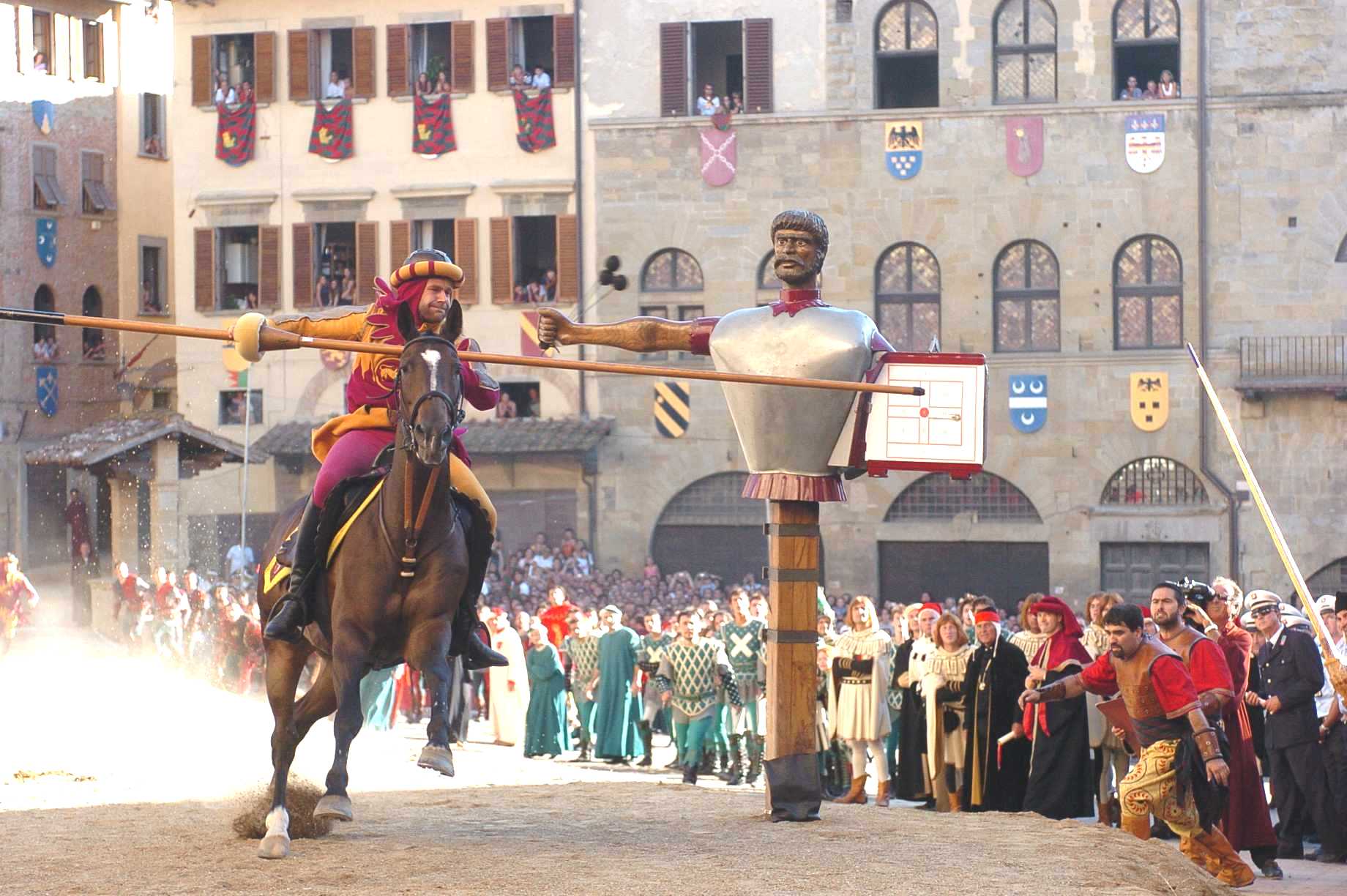 If you want to attend one of the many traditional events that are very popular in Tuscany, be sure to find yourself in the city of Arezzo on the third Saturday of June or on the first Sunday of September.

The beautiful Piazza Grande will be the theater of the Giostra del Saracino, historical commemoration that has its roots in the Middle Ages and starring the four districts of the city: Porta Crucifera, Porta del Foro, Porta Sant 'Andrea and Porta Santo Spirito.

La Giostra del Saracino is celebrated at night in June and in daylight in September, with the participation of eight knights representing the four districts, which will compete to win the Golden Lance. 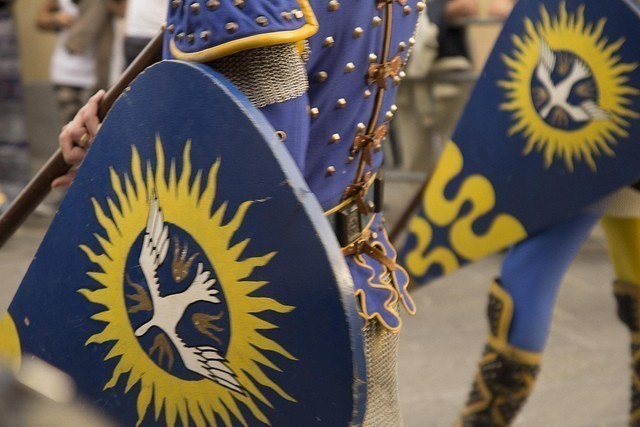 The Knights have two rounds each to hit the shield of the Buratto, a mannequin with the armor, and obtain points depending on the section of the shield that are able to hit. 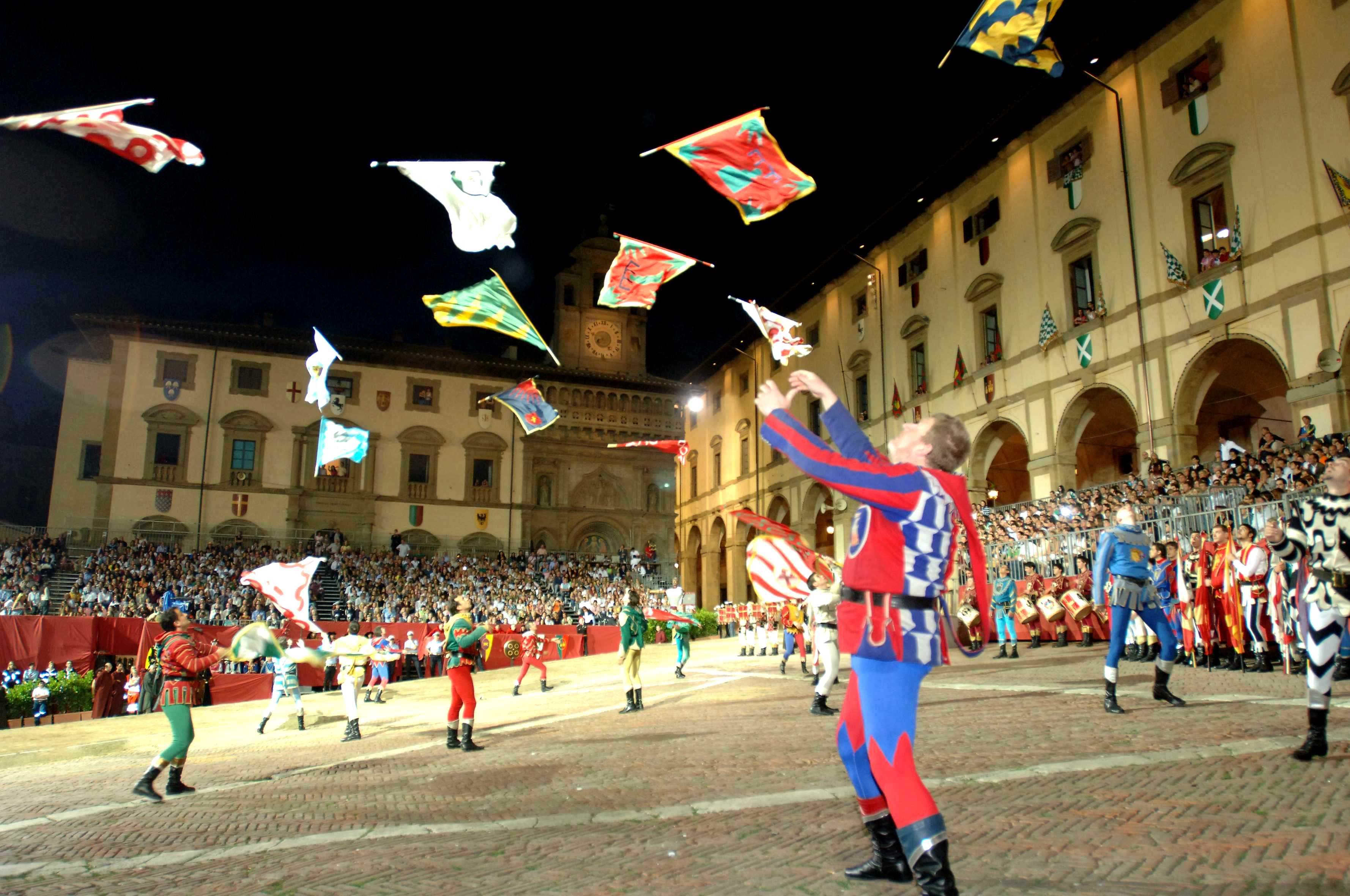 Most probably, this was originally a practice for the training of the knights, which over the years has been transformed into a social event.