Discovering Versilia, the Land of Marble

You have never heard of the Versilia region in Tuscany?

Neither had I, until I joined a group of bloggers for a tour organized by WishVersilia. Versilia is a hidden gem in Tuscany, best known for its marble, sea-side attractions, and luxury tourism. Let's talk about marble!

One day of the tour was dedicated to marble. We began with a visit to the Cervaiole quarries in Mount Altissimo. 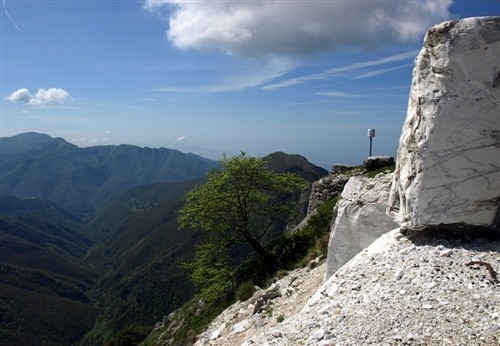 Excavation of marble here began in earnest after control of the Versilia region was assigned to Florence in 1513, and the Medici commissioned Michelangelo to cover the facade of the church of San Lorenzo in Florence with marble.   Michelangelo oversaw the building of a road from Forte dei Marmi to the top of Mount Altissimo in order to access marble from the Cervaiole quarry.  The facade of San Lorenzo was never covered, but the quarry became a source of marble for important artists like Giambologna, Vasari, and others.

In 1821, a Napoleonic official named Henraux took control of the quarry to supply the empire. After Napoleon's fall, Henraux joined Marco Borrini, a wealthy Italian, to form a company to develop and sell marble from this quarry, but Borrini's part of the company was soon transferred solely to Henraux.
Today the quarry is managed by a joint stock company that maintains the name of Henraux. 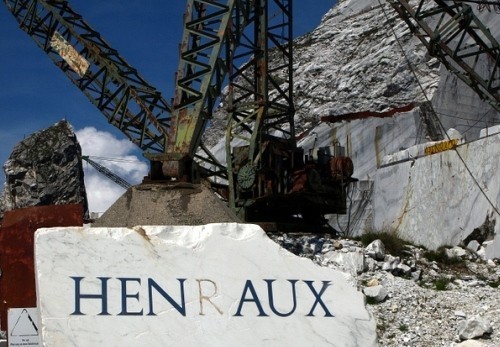 Recent artists that have gotten marble from the quarry include Arp, Miró, and Noguch.  In addition to its art-historical significance, the quarry offers a breathtaking sight and is well worth a visit. 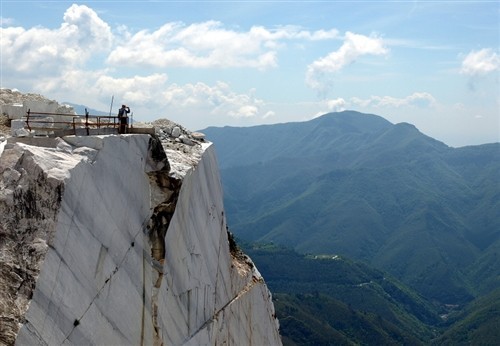 After visiting the quarry, we went to Levigliani, a small village of 300 inhabitants whose economy depends on tourism and the extraction of marble. What's fascinating about this village is the history of the community, which in 1956 organized itself under the cooperative “Condomini” to fight harsh labor conditions, re-appropriate the rights to the extraction of marble, and ensure that the work of extraction at the Corchia quarries would be given to the community and its descendants. We learned the history of this cooperative at the museum “Lavorare Liberi”. 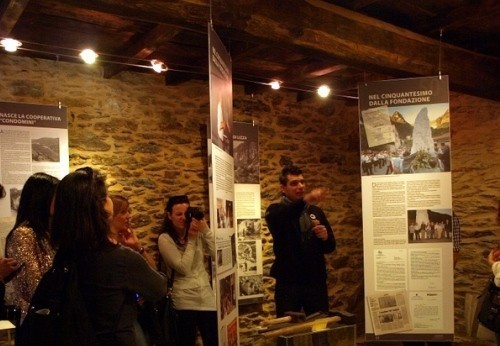 We concluded the topic of marble with a visit to a school of sculpture, where students can book courses at all levels of expertise during which they sculpt using local marble. Painting classes are also available.
Housed in the village of Azzano, students live near the school and work outdoors, inspired by stunning panoramas. Visit www.campo-altissimo.com. Here's a student on her first day: 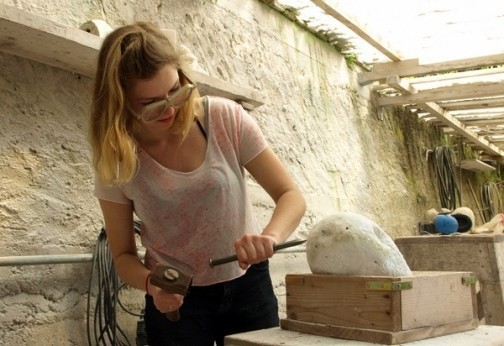 And a group of students discussing their projects: 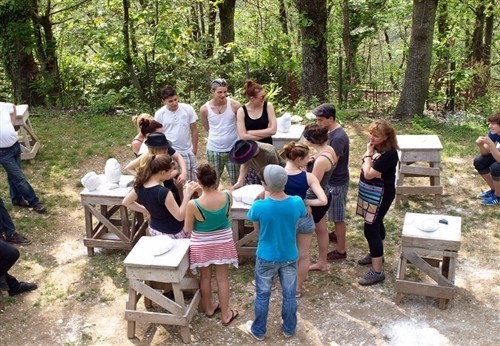 If you have any question and if you need further information, post a comment and do not miss our next posts...